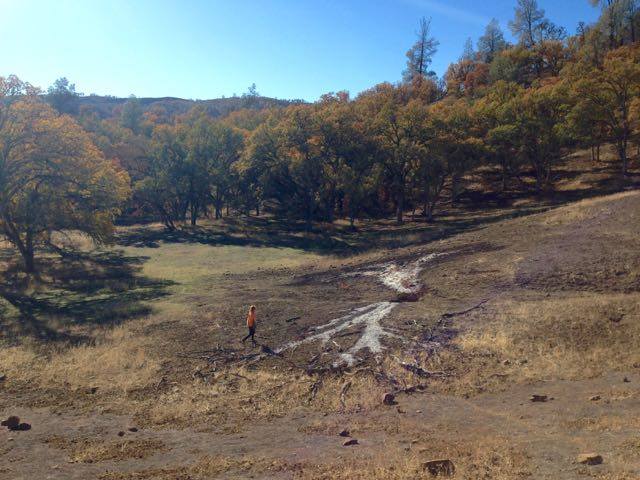 This photo shows the ashy shadow of a blue oak that grew in the Cache Creek Wildland Area, then died and fell to the ground and dried out, then burned to ash in a wildfire. The fire was mild, but the wood was dry, so that it burned up completely, leaving only a pale gray mark behind, plus some unburned twigs at the tips of its branches. In spring, the ashy silhouette remained because the prolonged fire had destroyed the seedbank under it, while the outline was accented by the extra-lush growth of grasses around the edge that had been fertilized by the ash.