The four largest fires in California state history, plus the single most destructive fire (Camp Fire) have all burned in the past 2 years. In each of these fires, the fires expanded across much of the area burned during a few days of very rapid spread. During such episodes of rapid spread, fires may generate explosion-like clouds, spin off tornadoes and thunderstorms, and create their own winds -- or they may simply be driven by strong regional wind patterns like the autumn Santa Ana and Diablo winds. During these periods of rapid spread, fires also tend to produce very large patches of high vegetation mortality, which can be problematic for conifer forests that depend strongly on live trees for regeneration. Forecasting where and when such extreme outcomes are likely is vital for public safety as well as land management and conservation. We are now working with Macolm North of the Forest Service and UC Davis, and with Mike Koontz and Jennifer Balch of EarthLab at University of Colorado to study daily spread rates of all large, recent fires in California and learn about the drivers of extreme fire spread. We thank the Gordon and Betty Moore Foundation for funding this project.

Convolutional neural networks can now segment and classify images about as well as a trained person can. This has some creepy surveillance implications, but has many untapped applications for ecological research. For example, using these computational tools together with UAV ("drone") photogrammetry, we can quickly count, map, measure, and identify to species tens of thousands of trees. In one (long) summer of work, Mike Koontz did this for >400,000 trees in areas affected by bark beetle outbreaks. By fine-mapping spread rates of bark beetles, we aim to uncover the main drivers and improve prediction of future outbreaks, as well as management to reduce forest vulnerability. Derek Young is applying a similar approach to map surviving trees across ~1000-acre post-fire landscapes to map and model seed dispersal and seedling recruitment after wildfire. We're also applying these tools to improve characterization of fuel loads and fuel structure across larger areas, in an effort that feeds into our research on extreme fire spread, and into a large collaborative project on wildfire smoke risks. This work is funded by CalFire, the UCOP Lab Fees program and by CeDAR.

Large, intense fires can produce huge patches of nearly 100% tree mortality, with large interior areas far from seed sources. If the post-fire goal is restoration of resilient forest stands, what is the best way to accomplish this, given limited funds and personnel? When and where will natural tree recruitment work on its own? When tree regeneration is slow, what is the best way to give these forest stands an "assist", and how can we use ecological processes to our advantage in reforestation? With funding from the Joint Fire Science Program and CalFire's Forest Health Research program, and in collaboration with federal and state agencies, we are investigating these questions in California's yellow pine and mixed conifer forests. 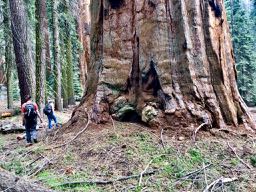 How fire and drought are affecting giant sequoias

After decades of experiencing very little wildfire, several giant sequoia groves burned recently in intense wildfires. Giant sequoias are some of the moist fire-resistant and fire-dependent trees in California forests, yet in some patches of these fires, many dozens of large "monarch trees" (>1 m dbh) were killed. Working with and funded by Save the Redwoods League, we are investigating why these fires proved so deadly to these fire-adapted trees, as well as surveying postfire seedling regeneration and the overall effects of drought and fire on giant sequoia groves and surrounding forests. As climate warms and rainfall becomes more variable, how will giant sequoia groves groves respond? Are they refuges from the changes happening around them, or are they themselves vulnerable? 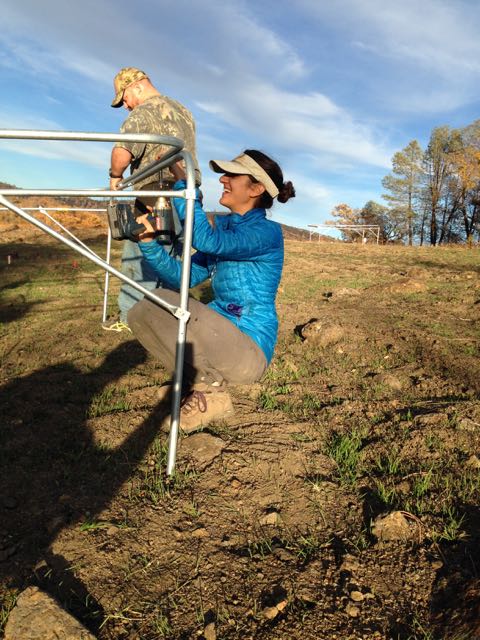 Effects of increasing rainfall variability and invasive plants on grasslands